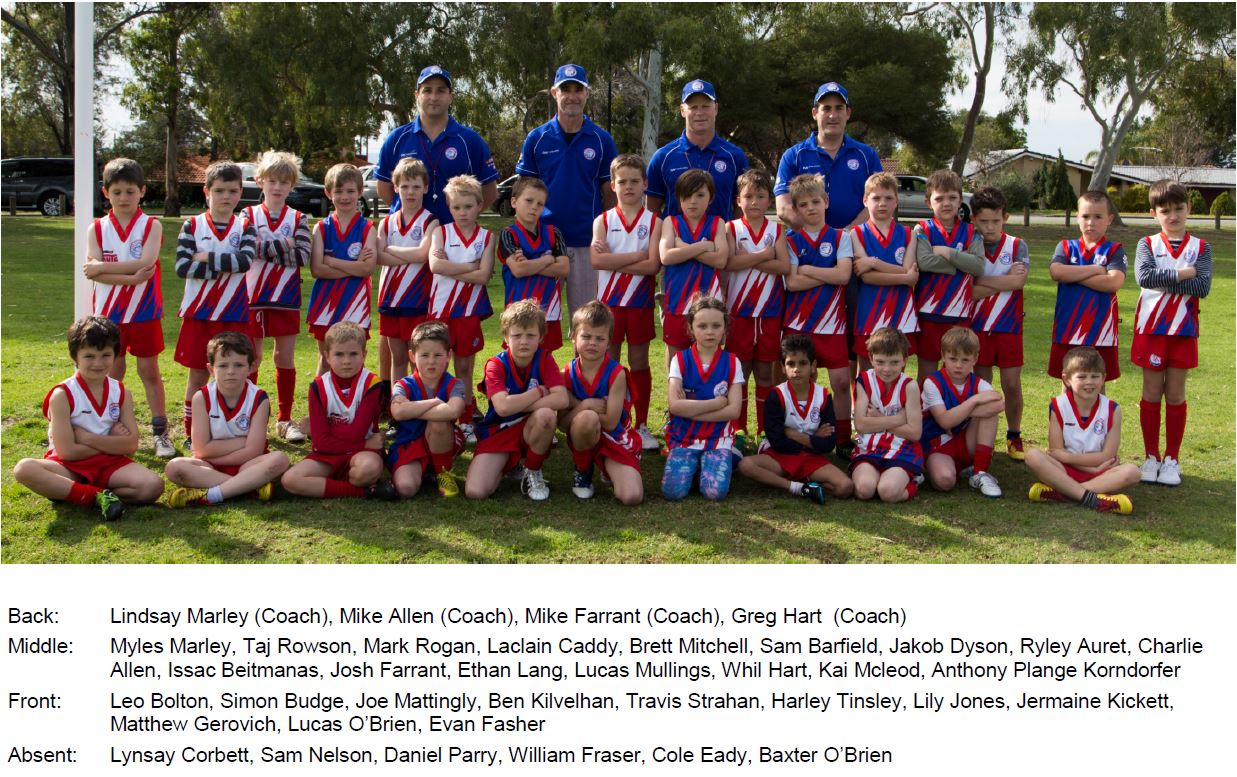 The 2014 Year Two Auskick season kicked off with 36 children registered with a good number of kids new to the club and a large core of kids returning from year one. Skill development was the priority for this season, in particular handballing, marking and kicking to a team member on the move. By the end of the season there had been a noticeable improvement in all the kids skills culminating in a great hit out at the Rosmoyne Carnival where the Year Twos fielded a very strong team.

Some other highlights included the AFL half time match at the Fremantle v North Melbourne game, the big Auskick Carnival under lights at Karoonda, and the Parents v Kids game at the end of the year where some of the kids taught the parents a thing or two!

Big thanks to everyone who helped out throughout the season and a special mention to Brad Beitmanas for his help on the field and his words of encouragement to all the kids. A great season was had by all and the coaches are already looking forward to seeing everyone
return again for the 2015 season.