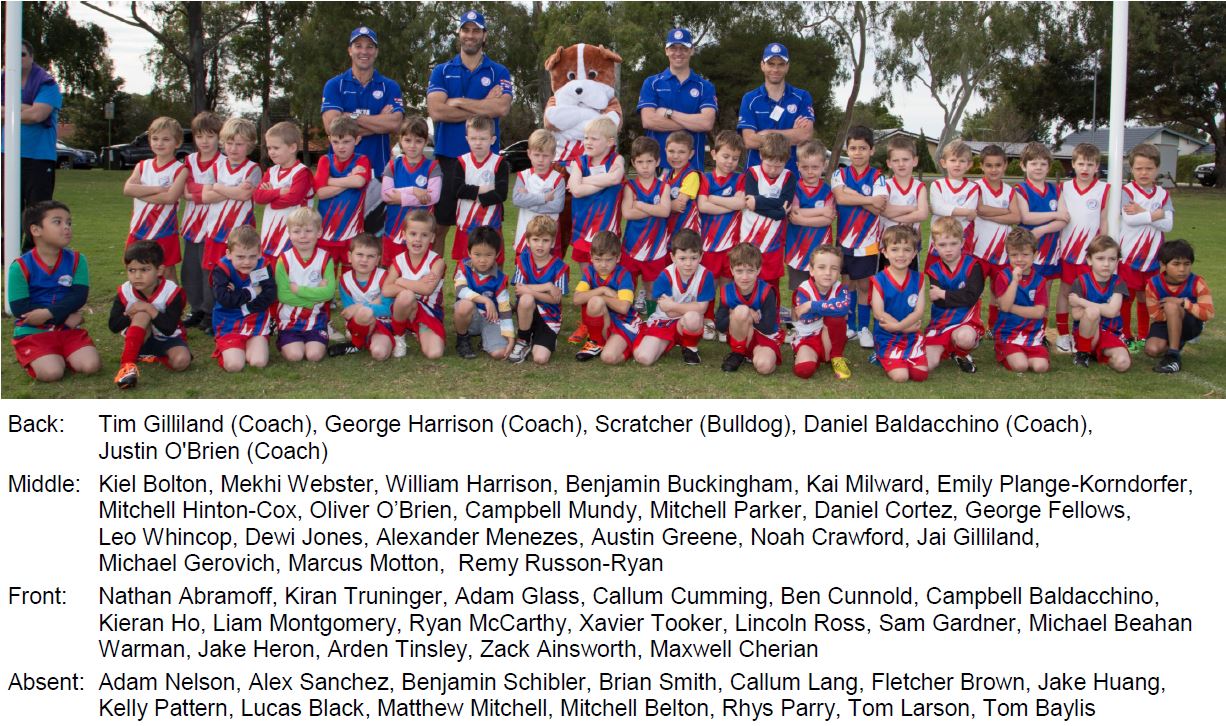 With well over 50 Auskickers on the list for Pre-Primary, 2014 was always going to be busy. The kids were full of enthusiasm, as were their parents. Both groups were well behaved with good listening skills and as a consequence we had a great year that was lots of fun, so thanks every one. Each week after the warm up skills sessions we typically had enough Auskickers to run 3 games which is testament to the children’s dedication, even on some very cold and wet days.

Throughout the course of the season we saw fantastic skills development across the group in both football skills and in teamwork,and as a result the kids produced some memorable team play, marks and goals. Towards the end of the season and at the Auskick Carnival, the Auskick skills on display were so good it was hard to believe that this was the first year of Auskick for most of these children. The future of the BJFC looks bright.

The help and good humor that the coaches received each week from the Parents was a large factor in the success of the season, so I would like to acknowledge and thank everyone who got involved on behalf of the coaches, it was much appreciated (and with George staying back with Pre-Primary for 2015 we are on the lookout for another Year 1 coach, and he might need some help as well next year).

It will be great to see as many of youas possible back for another year of Auskick in 2015 for more skills development, more Auskick games and most importantly, more fun.