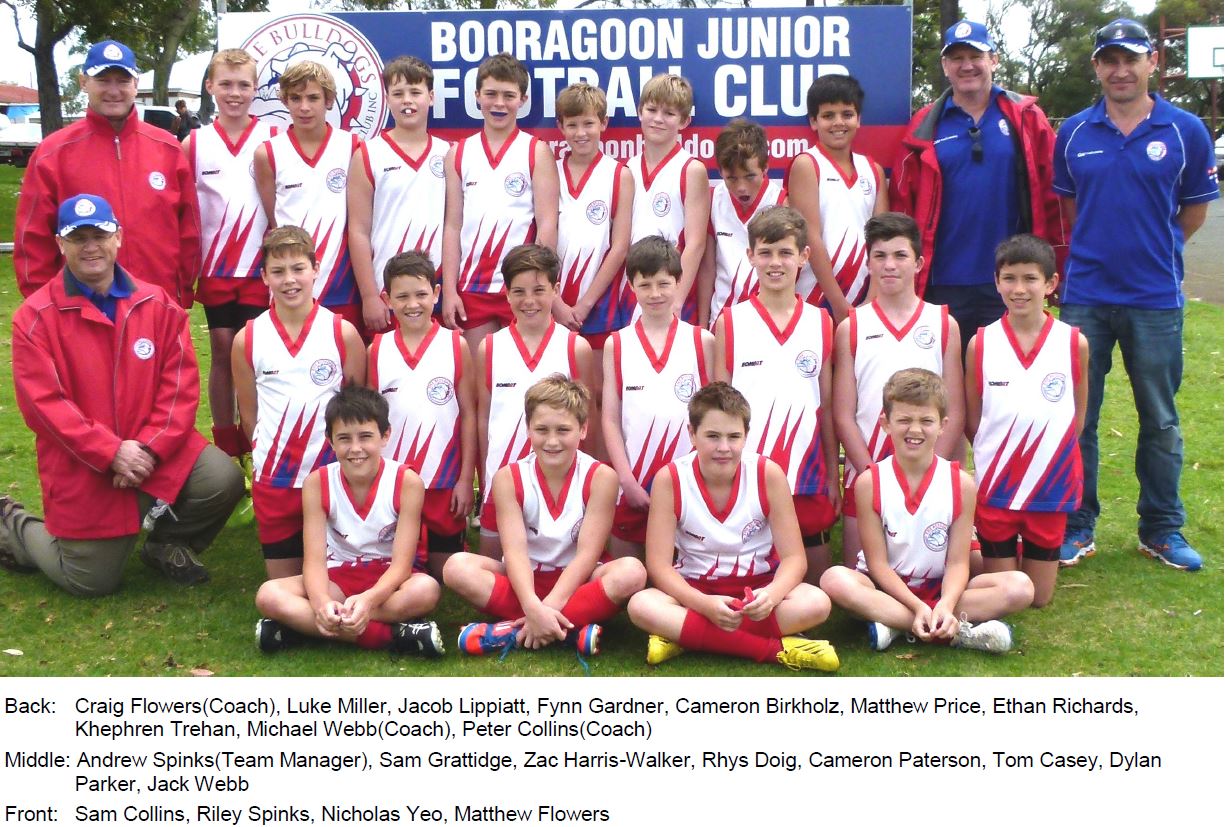 The 2014 season delivered another fantastic season of football, resulting in the further development of a most formidable team that will bode well for the club s future success.

It was extremely pleasing to witness not only the individual improvement of the skills of the players, but more importantly the team-based strategies and plays that are critical for a team to advance to the next level.

Particularly impressive was the mature attitude, enthusiasm and willingness to learn at training and the way they executed these lessons in game day competition. Our exciting run and carry style of play was injected with ferocious tackling and a level of shepherding that has not been seen since biblical times.

The boys responded very well to the old school coaching demands of disciplined punt kicking (no screw kicks), sharing the ball and protecting their teammates. We generated many large scores, but at the same time adhering fully to the rotation and other policies which bring fairness and enjoyment to the entire group.

The team is served extremely well with such dedicated and knowledgeable coaches as Peter Collins and Craig Flowers. It is no coincidence that we had a remarkable administrative team of managers led by the ever-giving Andrew Spinks, supported by Jenny Duffield and Shaun Yeo. Together with the flag wavers, medics, canteen servers, parents and supporters I thank everyone for their genuine and most valued contributions throughout the year.

We have thoroughly enjoyed our time as coaches over the past several years with the satisfaction of retaining so many wonderful young men into this great game and witnessing the enjoyment it brings them and their families, while at the same time providing them with a solid skills base for the future.

As always, it has been an absolute pleasure and privilege to work with, have fun, share success, teach and learn from this wonderful bunch of boys.

Next year will provide us all with even greater opportunities and challenges as we move to playing on a larger ground, with 18 players, split divisions, for premiership points and finals. I would expect deep September action for the players of the Mighty Blues!!