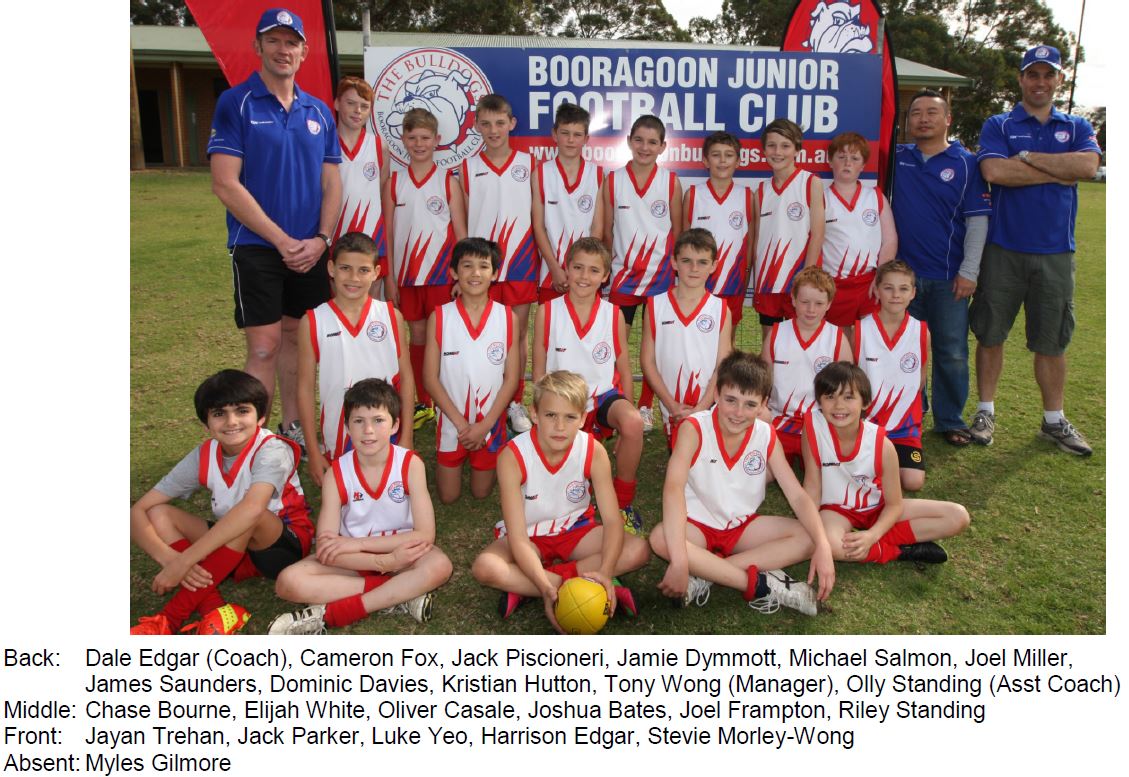 What another great year it has been and I think that the future of the BB-Dogs looks bright, if our team is any indication. The boys achieved a berth in the grand final of the Year 5 Carnival again this year which superseded my expectations! I am so proud of the level that this awesome group of lads has reached as a team this year. Hardly a game slipped by us and on no occasion did I ever think we would not be competitive, even when we found ourselves challenging matches. Such is inherent tenacity of the Year 5 Blues.

So I acknowledge the unit that is the BB-Dog Blues sounds like a rap song I need to write! The team would not have lift-off without the parents who support their boys and the BJFC each week and especially, those who step up to do the important jobs which keep the team on the paddock. Thank you firstly goes to Team Manager Tony Wong for his humour, brilliant match reports and attention to detail each week. You are a great achiever Tony.

To my assistant coach Olly Standing who subbed in too many times for me to mention this season, a big THANK YOU.

Thank you to Brendan “Doc” Miller for his rapid responses to our wounded and keeping them hydrated when they weren t.

Lastly, I must make mention of Reg Bourne and Kurt Davies, dads who kept stepping up to help me out at training most weeks. (It must have been a good experience as Reg has agreed to take the mantle of Team Coach and Kurt will be the Team Manager for 2015. Thank you both and to Andre Parker for stepping up as Assistant Coach for 2015. It is fantastic to know that the team will be in great hands and have a solid starting point for the New Year. Make sure you all sign up again boys!) I couldn’t have managed without you all, so I owe you all a debt of gratitude.

As I step down and reflect about any given Sunday, I know my boys made their presence felt this season across the East Freo district. They were a force to be reckoned with and if I had to put the team in their future superstars positions, this is my BB-Dog Blues rap:

I feel that I was The Lucky Coach of the Nike kids because the lads Just do it .they love a good game of footy and want to be first to the ball. I have loved the last two years coaching the lads of the Booragoon Blues.

Thank you again to all the mums, dads and significant others who came along each week to cheer, support and encourage active participation in footy as opposed to couch potato. Onward and upward for these lads, I predict there will be some All Australians amongst them in a few years time!